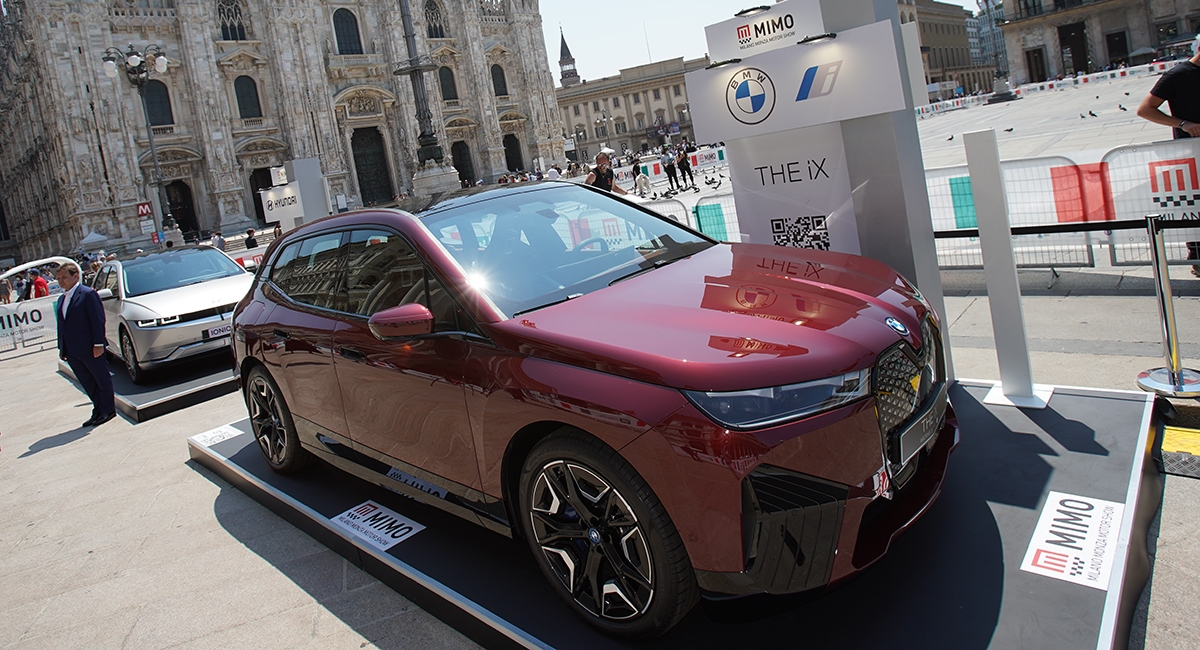 Unveiled to the Italian public at MIMO, Milan Monza Motor Show, the new born of BMW, the iX, the electric Crossover arriving on the market at the end of this year that marks the beginning of the fifth generation of the electric powertrain of the propeller company. It will be offered in two versions, xDrive 40 and xDrive 50. The latter, exhibited in Piazza Duomo, uses two electric motors for a total power of over 500 hp, is powered by a battery of over 100 kWh and boasts an autonomy of 600. km on a single charge.

Inside, the watchword is the future, with a totally renewed cockpit layout, centered on two large 12.3-inch screens for the instrumentation and 14.9-inch screens for the infotainment. A lot, indeed a lot of space available thanks to the elimination of the central tunnel, but also the redesigned seats that free up space for the knees. The result is roominess at the top of the segment. All, of course, in classic BMW luxury.