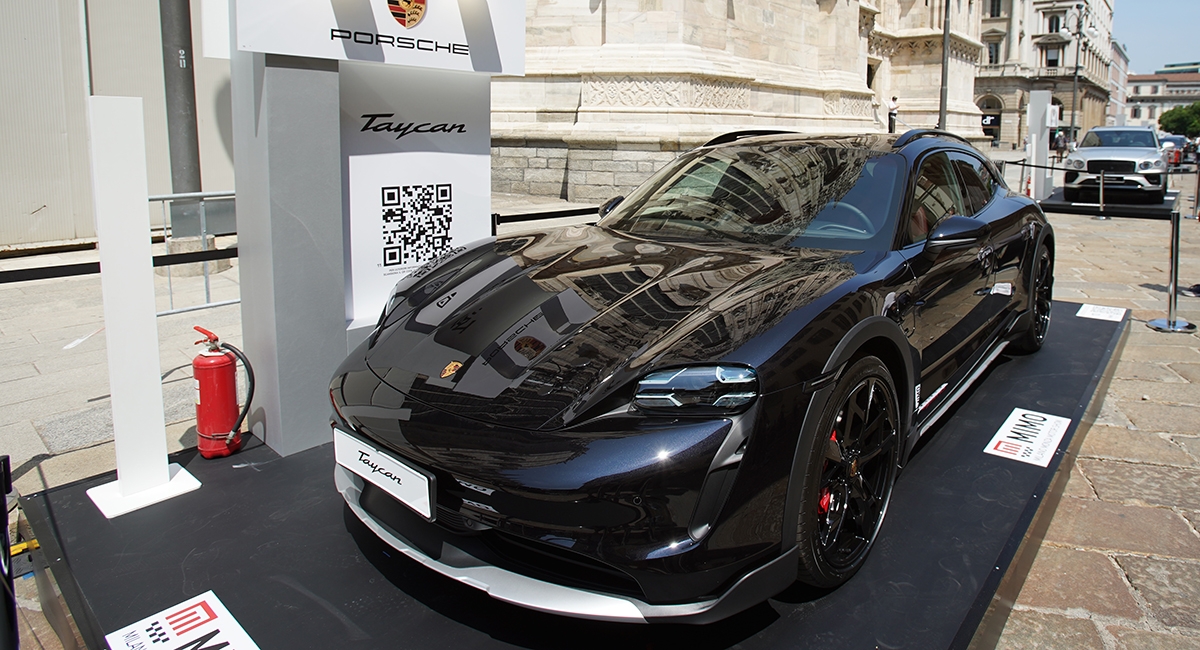 Crossover cousin of the Taycan, from which it faithfully reproduces mechanics and battery with the 93.4 kWh Performance Battery Plus, the Tycan 4S Cross Turismo is Porsche's second step in the electric strategy. Numerous interventions such as the new and practical tailgate or the fixed spoiler on the rear. Two centimeters more from the ground than the sedan, or 3 by choosing the Off-Road package with Smart-Lift function and Gravel mode for driving off the asphalt. The trunk, with variable capacity from 446 to 1,212 liters, also benefited from an increase in space compared to that of its cousin.

Performance and autonomy leave no doubt about the paternity of this crossover. The Taycan Cross Turismo 4S, with its 490 HP (571 in overboost) and a top speed of 240 km / h, declares a range of 388-452 km with one charge cycle and, thanks to Launch Control, accelerates from 0 to 100 km / h in 4.1 seconds. The 11 kW charger is standard, but the 800 Volt technology and compatibility with super fast columns allow the new Porsche crossover to store up to 100 km of autonomy in just five minutes.