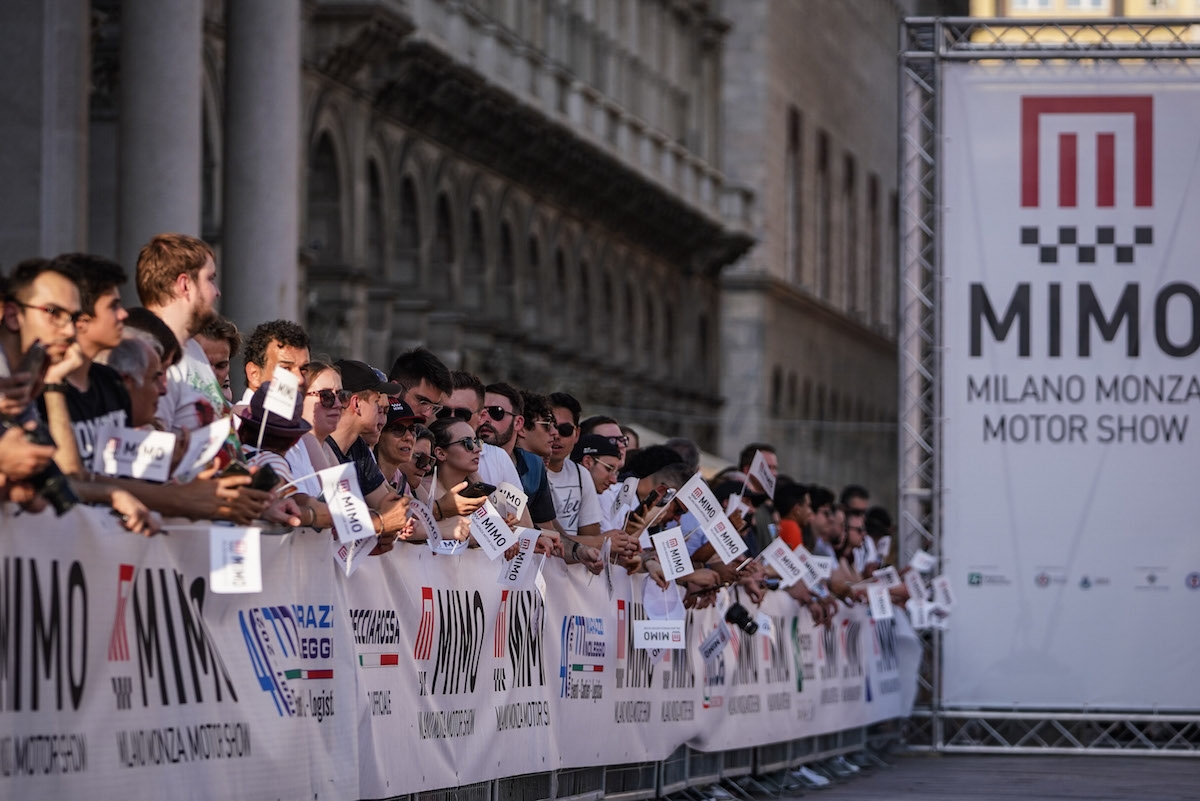 Crowds of visitors in Milan and at the Autodromo of Monza: MIMO 2022 closes a great success and prepares the 2023 edition

The 'popular' show conceived by Andrea Levy has, for the second consecutive year, conveyed the passion for motors to everyone, with the aim of bringing the public, and especially young people, closer to the world of mobility and cars.

MIMO, Milano Monza Motor Show, did this by bringing the latest innovations from automobile and motorbike manufacturers into the public eye for four days, from 16 to 19 June, displaying and narrating the technologies and design that look towards an integrated future, compatible with the economic and environmental changes that the sector is facing and will face between now and 2035.

Changes on which CEOs, association presidents and designers debated during the in-depth day on 17 June, during which the Conference 'Research and Innovation, the Future of Mobility' was held at the Auditorium Testori: automotive lobby, integrated mobility, car design and Metaverse were the four topics around which the discussions were structured, looking at the actions that the sector will have to implement in the coming years.

The highlight of the opening day on 16 June was the Premiere Parade, the dynamic unveiling of previews and novelties led by brand representatives on the red carpet around the Duomo, in the midst of the public. Opening the convoy was Horacio Pagani, on board the Pagani Imola, who accompanied Martina Riva, Councillor for Sport, Tourism and Youth Policies of the Municipality of Milan, around the Duomo. The models on parade were narrated by Radio Capital's DJ Mixo.

The success of the second edition of MIMO can be seen above all in the astonishing turnout of the public at the Autodromo Nazionale Monza during the adrenaline-fuelled weekend of 18 and 19 June, demonstrating just how driving the passion for four-wheel vehicles is, with a notable presence of young people in the paddocks and grandstands of the Temple of Speed.

The MIMO Pass, the novelty at MIMO 2022, allowed everyone to access the grandstands and paddock free of charge, and to watch on Saturday 18 June the arrival of the 40th re-enactment of the Historic 1000 Miglia and the arrival of the convoys taking part in the Trofeo MIMO 1000 Miglia, past and present together to celebrate the centenary of the Monza Autodrome.

Four days of passion, of engines roaring on the track, of technologies at the service of a sustainable and citizen-friendly mobility, of in-depth analyses, of parades with a view of the Duomo, of selfies and QR codes. Four days of MIMO 2022, which closes with a clearly positive balance and makes an appointment for the 3rd edition in 2023.

Andrea Levy, President of MIMO: “MIMO confirms itself as a growing event, four days of pure passion, starting with the exhibition in Milan and ending with the enthusiasm at the Autodromo Nazionale di Monza: we saw the paddocks full, families and young people. We put the car back at the centre, in the static version and in the test drives, which went very well".